Home > We are Team Flowhesion! 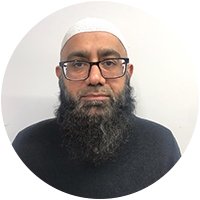 Shoaib graduated from the prestigious muslim seminary Darul Uloom Al-Arabiyyah- Al- Islamiyah at Holcombe Bury in 1995 as an imam. He has over 15 years experience as a Muslim chaplain having served at a number of establishments including HMP Kennet, HMP YOI Hindley and more recently HMP YOI Thorncross. Shoaib oversees the Foundation’s New Horizons programme that works with bamer residents across 15 North west approved premises offering a range of rehabilitative services including counselling, buddying and welfare/advocacy. Shoaib was nominated for an award for his work on the programme by The Howard League for Penal Reform. He also holds a number of volunteer chaplaincy and advisory roles across policing and fire and rescue across Greater Manchester. He is a member of Greater Manchester Police’s Independent advisory group. He is passionate about professionalism and lifelong learning, holding a level 2 diploma in counselling and has recently completed his MSc in safeguarding at UCLAN. 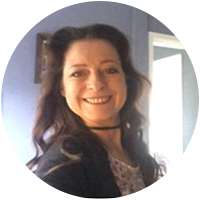 Vanessa’s experience in Training and Development started back in 2005 when she supported Bolton NHS Foundation Trust to gain re-accreditation for their Investors in People status, she did this alongside implementing a NHS Initiative (Improving Working Lives Standards) Both were achieved successfully.

She then moved over to a role with Bolton Council as a Workforce Planning and Development Officer and over her fifteen years working at the council implemented schemes to encourage people in working in Adult social care, such as The Care Ambassador Scheme, apprenticeships and Choose Care; a programme designed to encourage unemployed people to think of care as a career.

She managed a large suite of training and development courses for Bolton Council which included, Dementia, Foster Carers and SEND training for schools. 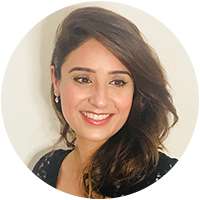 Nimrita is an experienced academic at Coventry University teaching currently CYES and across courses including Counselling Coaching & Mentoring, and Social Work at undergraduate level. She is a Stage 1 trained Health Psychologist, and a practising Integrative Therapist (in Psychotherapy & Hypnotherapy). Her expertise span over 13 years of working with children, young people and their families in the West Midlands region, with a focus on ‘Health’. Nim has been a service manager in Coventry where she was developing and delivering service provision on substance misuse treatment, health and early intervention. Her advice and consultancy are accessed by the BBC Asian Network, and MATV particularly in an endeavour to understand and unveil myths surrounding children and young people from BME communities. Whilst her input for the local community include trusteeship for Coventry Boys & Girls Club (citywide youth work provision) and providing safeguarding supervision to pastoral staff in secondary education. Her research interests revolve on BME and Family Mediation for Substance Misuse. 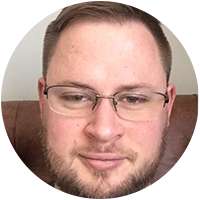 Laruens has completed a BA in Theology and Religious Studies (2010) and an MA in Theology and Religious Studies, specialising in Islam (Cum Laude, 2012), and earned his PhD from Durham University in July 2016. His research examines how non-Muslim people in Britain interact with news reports about Islam and Muslims and how that affects their interpretation and conceptualization of Islam and Muslims. This is an interdisciplinary study that discusses the issue of media reports about Muslims and Islam whilst drawing upon areas such as hermeneutics, media studies, philosophy of identity, post-colonial theory and religious studies. He wrote his Master’s thesis on Tariq Ramadan and Islam in the West.

Laurens has spent time at a number of institutions across the globe, these Include: The Graduate School of the Syarif Hidayatullah State Islamic University in Jakarta, Indonesia (spring 2013), the Religion Department at Duke University in Durham, North Carolina, USA (Autumn 2013), The Centre for Religion, Media and Culture in Journalism & Mass Communication Department at the University of Colorado in Boulder, Colorado, USA (spring 2014), and at Brazil’s Fundação Joaquim Nabuco (summer 2016).

In 2017 he was a post-doctoral research fellow at the University of Cape Town for a year, where his research analyses how the media discourse on minorities (particularly Muslims and Islam) affects how they are conceptualized, understood, and treated in South Africa. This work was supported in part by the National Research Foundation of South Africa. He is also a Fellow of the Higher Education Academy since 2016.

Sabera has an MSc in safeguarding studies from the University of East London. She spent 6 years with Sussex police as a diversity trainer and assessor. In 2009 she became a National  (PVE women’s liaison officer) for the CPPDU. She has also held senior equality and diversity roles in the National Police Improvement Agency. Sabera has spent 4 years at the home office based in the crime directorate managing a wide ranging portfolio of strategies including; youth offending, FGM, women offending, police crime panels and Mental health and policing. Sabera works on Internet safety tools to support parents to understand the dangers of grooming, exploitation, bullying, and safeguarding leading issues. She currently is the founder and chairwoman of the National Asian Mums network. 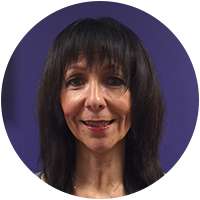 Gill is a qualified social worker with over 15 years of experience in the Child Protection and LAC arenas. She has over 11 years experience as a senior lecturer at The University of Huddersfield. She has held posts in lecturing on and developing the MSc in advanced safeguarding. Currently she is the programme leader for the University’s Social work programmes. In 2013 Gill obtained an MA in Higher Education and development. In addition she currently holds the UK country director role for the none in three global research centre that is based at Huddersfield University. The initiative works to eliminate Gender Based Violence and sexual abuse of women. Gill is also completing her PhD on a similar topic. 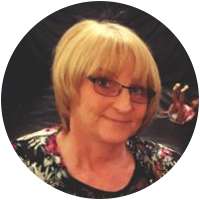 Debbie is a passionate, motivated and authentic individual with Over 30 years’ experience working with disadvantaged families and young people in public and voluntary organisations at community, local, regional, national and International Level. Her diverse career in this field has spanned roles as diverse as Implementation manager and Assistant early intervention Manager at reputable organisations. For instance her role as children’s services manager was at Barnardos spanned 22 years . Debbie therefore has extensive expertise and experience in Looked After Children and Children &Young People leaving care, early year’s education, early intervention with Families and disability. Debbie has a particular interest and expertise in attachment, trauma and resilience based practice’. She strives to ensure practice is inclusive and responsive to each unique and diverse individual and community. She is an Academic, lecturing in youth and community work at Manchester Metropolitan University and holds Professional Qualifications in Youth and Community work, Coaching and mentoring, and Leadership (NPQICL-National Professional Qualification in Integrated Centre Leadership). 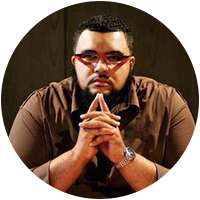 Raymond Douglas has over 25 years of experience within the gangs and youth violence arena. He went in to youth work straight from school, having grown up in a community with high levels of crime, drugs and prostitution. He always felt the need to make a difference, rather than becoming a statistic. His philosophy is that – even though some young people are born in deprived areas and society has labelled them – given the opportunity, the majority of young people wouldn’t act out this self-fulfilling prophecy of a life of crime. In his early twenties, he went on to qualify as an adult education teacher in order to gain a better understanding of the theory of learning and behavioural change. At this time, there was a very obvious rise in gangs and serious youth violence across the UK. Raymond felt that traditional youth work was no longer fit for purpose to engage this social pandemic, which led him to launch Anti Youth Violence. This intervention aims to reduce the number of young people at risk of life-threatening behaviour relating to gun, gang and knife crime. Anti Youth Violence has been successfully delivered to young people throughout the UK within schools, Pupil Referral Units, prisons and Youth Offending Services. It became clear that there was a need to build practitioners’ CPD in how to engage young people at risk, giving rise to a new training programme called Gangology.